We are looking forward to your call.

Or arrange a free online consultation with us

Are you new with us?

We are looking forward to your call.

Our Customer Service is waiting for you!

Who is the customer?

And this is Lena Streb, from the Recruiting Team 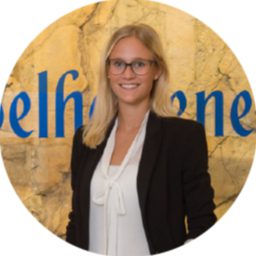 What did Adelholzener want to improve?

„In onboarding, we worked with checklists, but these often disappeared in our company. So in the end, everyone involved never knew exactly which tasks had already been completed and which had not. This also meant that deadlines could not be met. Overall, we simply didn’t have a clear structure.”

What positive changes has d.vinci onboarding made at Adelholzener?

„Our main focus with d.vinci Onboarding is transparency: We want everyone involved to be able to see at any time how far onboarding has been prepared and what still needs to be done.”

What is Adelholzener’s conclusion with regard to the project?

„Thanks to d.vinci onboarding, tasks can no longer slip through the cracks and are processed on time by everyone involved. It’s great that the process is now transparent and comprehensible for everyone involved. Some of our managers only work with the system very rarely, but there are still almost no questions because the software is really self-explanatory. In addition, the d.vinci onboarding helped us to completely rethink our onboarding process and we were able to rework and improve many things.“